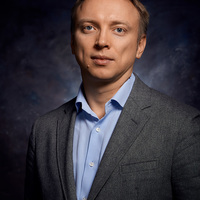 Though it’s been seven years since the end of the Great Recession, much of the world still suffers from the crisis’s legacy of languid economic growth. Past efforts to spur national economies have fallen short of expectations, and many central banks have recently turned to speculative measures in hopes of inducing this much-needed stimulation. Quantitative Easing is being brought into action for the first time in centuries, worrying many economists around the world.

These measures have led Japan, the ECB, and other central banks to take their first steps into uncharted territory by imposing negative interest rates on treasuries. The negative rates will essentially force commercial banks to lend more to businesses and households, and this hike in lending will increase spending and give many national economies their long-overdue boost. Or so the central banks hope.

“On the one hand, zero and negative rates are meaningless. Indeed, who would loan capital if they were guaranteed to get back the same amount or even less at maturity? But this phenomenon can be explained by the simple fact that buyers of the treasuries have ceased to look at what these securities would return at maturity. Just like the Mississippi System, today’s buyers are focusing exclusively on tomorrow’s prices… if history repeats itself, we can also expect a period of intense capital inflation tax.”

For a more thorough understanding of the implications of Quantitative Easing, we recommend a close reading of this piece.