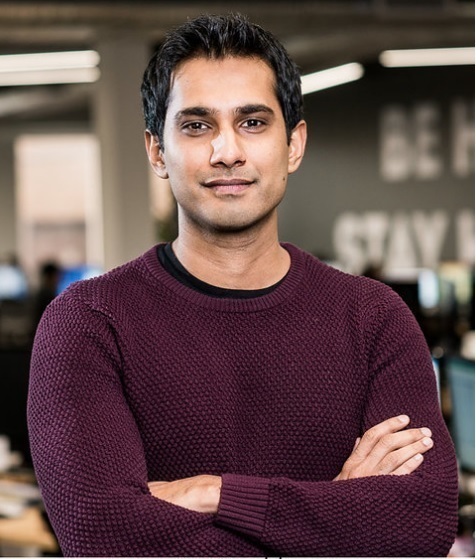 Poor investor communication can cause prices to stay low even when good things are happening, and this could be the case for Redknee Solutions (TSE:RKN), a Canadian software company that serves many of the world’s major telecom companies.

Redknee has suffered from a series of unsuccessful acquisitions despite continuous strong performance from its core real-time billing and customer care products. Recently, turnaround specialist ESW Capital took control of Redknee and have begun executing their proven game plan for restructuring software companies.

Despite these positive changes RKN shares continue to drop. Mohan Plakkot, a partner at Valsef Capital in Montreal, thinks this in part due to poor investor communications amidst the recent muscle movements ESW is making at Redknee. We sat down with Mr. Plakkot to discuss Redknee, ESW Capital’s track record, and future upside for Redknee’s mission critical software.

SumZero: What about Redknee initially caught your eye as a value investor?

Plakkot: My firm invests in undervalued software companies with great management teams. When Constellation Software, one the best software companies in Canada, was interested in investing in Redknee, it got our attention. That was followed by a better offer from ESW Capital, a private software group that has being successfully acquiring companies for many years. ESW Capital won the bid. ESW Capital is a very private group, but given our focus of studying successful software business models, we had known them for over 3 years. It gave us unique insight that public market investor did not have.

SumZero: What is the market missing?

Plakkot: The market very rarely gives credit to great management team in the early innings. Look at Constellation Software. It was trading cheap for many years relative to the capacity to grow. In only the last 2 to 3 years has the market started valuing them more efficiently.

Now Redknee is a business that needs to be restructured, and turnarounds are always disruptive. Most investors are not aware of how turnarounds work because most of the public market is made of businesses that are doing ok. So these investors get thrown into an unknown environment, and the natural instinct is to get out of the investment.

Added to that is the fact that ESW Capital an unknown for most investors. However the reality is that they are excellent operators of software businesses and specialize in turnarounds. The only public information that is available readily about ESW is the turnaround case of Upland Software; another small software company with $73million in revenue and $272M in market cap. ESW Capital owns 30%+ of Upland. However, odds are very low that most investors know about that example of ESW’s competence in turnarounds.

SumZero: What are the biggest risks associated with the trade in your view?

Plakkot: I don’t think you should look at it as a trade. It takes about 12 - 18 months for the progress to show in such cases. With ESW’s expertise it could be faster, but I would not invest with that assumption. So the main risk is that the average investor does not know how turnarounds works and how the numbers will look while it happens, how to remove one-time costs that will lead to expanding profits in the future. The financial statements have to be normalized and investors will have to sift through a lot of noise.

Secondly ESW controls the Board after their 80M investment through preferred shares. The bulk of that money was used to pay back debt. They will take actions that they understand more than other investors. They also plan to raise equity, and will be better positioned to participate in any capital raise than other investors.

Plakkot: Redknee’s biggest problem was management not having the experience and know-how to integrate large acquisitions, and do the necessary cost cutting. However, that has changed. The old CEO Lucas Skoczkowski has been replaced by expert turnaround specialist Danielle Royston. Danielle is CEO of about 18 software companies in the ESW Capital portfolio.

The future problems that need to addressed include:
Letting go of non-profitable revenue (a best practice used by many software consolidators)
Stopping spending on non-core products (this has been announced with every software outside of Telecom being discontinued)
Right-sizing the workforce based on the new profitable revenue base. Sales and Marketing costs will reduce meaningfully if you are selling only to existing clients.
Outsource R&D and admin to low cost centers like India. ESW Capital has done this many times over last 15+ years

Plakkot: The threat from entreats like Google are to Redknee’s clients. In fact Telecom operators have been going through a few tough years themselves. While there is some stabilization, they are unlikely to go through rapid growth. Other public companies like Amdocs and CSG International who serve telecom providers under these conditions are nicely profitable. I don’t see their clients making a major shift to next generation technology because 1) they are capital constrained themselves, and 2) current software solutions are helping them improve productivity and profits. So for Redknee, there isn’t room for much organic growth, but the path to profitability is clear. Technology and innovation is always a threat, but I don’t see a major change in the environment for Redknee in the medium term.

SumZero: Why don’t more companies hire talented foreign engineers for a fraction of the cost, as Versata does via DevFactory? Is this trend growing in software? Are more competitors getting into the space?

Plakkot: I believe a lot of companies already do that. ESW group of companies have large clients like Disney and Boeing. However, companies and people are not used to working without offices. The idea is disruptive and will continue to grow. Upwork and Freelancer are other platforms that support remote work concept from around the world. Moreover this is an ideal solution for software in maturity or slow growth.

Plakkot: No, in fact the sticky revenue is what gives us confidence in the investment. ESW works so its companies have the same amount of service but at a lower cost. In fact they live by a concept called “Customer Success” program where they measure customer satisfaction levels at many points of integration and software usage. The ESW team’s bonus compensation is based on satisfaction ratings. Redknee did not have such measures in place before. I believe customers are likely to receive better service going forward.

SumZero: If ESW is so competent and experienced at value creation post-acquisition, how could they miss something as obvious as proper investor communication to express the biggest wins in their execution?

Plakkot: ESW has always operated in private with few decision makers. Preparing presentations and proper investor communication takes time. I believe they are prioritizing time on improving business. Hence we felt the need to put everything we know out there.
It is also possible that in the planned Redknee equity raise, ESW wants to acquire more shares at a cheaper price. Stating the upside 18 months out defeats that purpose. Many savvy management teams in the past have used rights offering to increase their ownership in a company before the value creation process begins.

SumZero: What will catalyse the market to see the value in Rednee after ESW’s take-over?

Plakkot: Since the inception of our investment idea, the market has partly woken up to the upside possibility with ESW Capital operating Redknee. Now it is a matter of getting comfortable with the new operators. Investors will gain a level of trust that ESW Capital is aligned with minority shareholders. Lastly, the profitable results of restructuring should start showing over next 6 to 12 months.

Plakkot: Pay attention to recurring revenue, which is a proxy for health of the business. Initially, say in the first two quarters, there might be some decline in the recurring revenue as ESW lets go of non-core/non-telecom revenues. But then it should get better. I would also recommend taking out one-time restructuring costs, which will be high, since these will generate meaningful cost saving later. Gross margin improvement should also be a leading indicator.

Plakkot: Broadly speaking larger companies are pretty fairly valued in the software and tech sector. The opportunity is more in the smaller forgotten companies. Luckily, our size is small enough to buy opportunities outside of the mainstream.

SumZero: Is Canada more or less attractive as a place to invest post-Trump?

Plakkot: Canada is always a good place to invest because it is a less efficient market compared to US. I don’t think that changes much depending on Trump policies. There might be some short term adjustments businesses have to make; but good software companies will always do well under any administration.