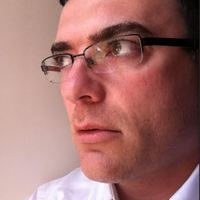 Chipotle Mexican Grill was hit hard in late 2015 by an outbreak of foodborne illness cases traced back to its burrito eateries. Chipotle stock (CMG:US) saw a sudden end to its near decade long upward march since the company was spun off from McDonald's.

SumZero member Nick Mazing, portfolio manager at Ampera Capital in New York, immediately did a deeper dive into the Chipotle situation and reaped a quick 20% return on shorting CMG. Mr. Mazing specializes in restaurant stocks after spending years in the food industry with Aramark and later consumer banking at Lehman Brothers. SumZero sat down with Mr. Mazing to discuss the future of Chipotle and how its food safety hiccup may destroy the formerly high-quality, high-margin operations of the burrito chain.

SumZero: What about Chipotle initially caught your attention as an investor?

Nick Mazing, Ampera Capital: Chipotle itself is somewhat of a legend. Through a combination of strong sales growth and high profitability, the company has generated incredible returns for investors since it was spun out from McDonald's Corp in 2006. Opportunities to buy Chipotle stock at a discount have been very rare. So after some digging around to see whether the recent foodborne illness outbreak was a good buy-in opportunity, I discovered that the company was seriously downplaying its food safety crisis.

At the same time, I saw that people who had "missed" Chipotle years earlier were now loading up on the stock as if the problems were just a bump on the road.

SumZero: What else was the market missing at the time?

Nick Mazing, Ampera Capital: Chipotle restaurants were already seeing rapidly decelerating traffic versus a year ago, its labor costs were increasing above expectations, and a number of other high growth consumer names were getting hit hard in the second half of 2015. None of these trends were helping, all of this before the E. Coli and norovirus crisis.

After doing the work, it seemed like the facts and views were coming in overwhelmingly on the short side. The trade "worked" surprisingly fast, with the stock dropping from $550 to $399 within 2-3 weeks.

Nick Mazing, Ampera Capital: Chipotle's food safety crisis in 2015 was deeper than most headlines indicated. While the company disclosures initially focused only on one E. Coli accident, during the year it also had norovirus problems (in California and Boston) as well as salmonella. Additionally, local news reports showed possible accidents in states that the Center for Disease Control had not included as affected. So when we pulled the information together in mid-December, it was pretty clear that Chipotle was (and still is) facing a systemic problem rather than a one-off as was initially thought.

Since the publishing of our report where we suggested deeper and wider food safety problems, the Center for Disease Control has initiated an investigation of an additional Chipotle-linked E. Coli outbreak, unrelated to the first one (different bacteria strain and in previously unaffected states). Also, in a very unusual move, the Department of Justice has opened a criminal investigation regarding the norovirus outbreak in California which had sickened more than 250 people.

Nick Mazing, Ampera Capital: On the margin side, serving safe food is a baseline expectation in US food service. So regardless of the additional on-going costs Chipotle is taking on for safety (i.e. a lot more testing), the mere possibility of unsafe food is not anything that merits a premium price from the consumer perspective.

On the quality side, it was clear from the company's initial response plan that the steps they planned to take will lower food quality. For example, instead of preparing tomatoes on-site they will now be washed, diced, rewashed, tested, and then shipped from a central facility. You can try that at home: wash your tomatoes before and after cutting them for a salad, and then use them at least a day later.

What remains to be seen is whether this "new" lower quality, lower margin Chipotle will continue to merit its industry-leading valuation multiples in the future. I think that some deflation is in order, so even if investors choose to ignore 2016 as the sell-side analysts are urging them to, the big question really is, even if everything goes well and we see a 2017 recovery, can we make an investment decision based on Chipotle’s past superstar valuation, or is this "anchoring bias" in action?

SumZero: Will Chipotle's brand premium ever recover, or do you consider this series of events to equate to a permanent impairment of the brand?

Nick Mazing, Ampera Capital: I think it will take some time but it will recover; most similar accidents generally see about 6 to 12 months of recovery time. It will be critical for the company to do its best to ensure that there are no more outbreaks for 2016 and get back its marketing mojo. The problem is compounded in this case because of the brand equity in "Food with Integrity". Oviously a series of high-profile food safety accidents hurt that.

Speaking of marketing, the company is taking an undue risk with its new Superbowl catering promotion. Since it is trying to recover its image as a safe place to eat, the last thing I would do is send food out the door where you do not control what happens. If anything goes wrong, the negative publicity and blame are guaranteed.

SumZero: Is Chipotle still attractive to short at today's prices?

Nick Mazing, Ampera Capital: It may sound counter-intuitive but I think it would be a better short at a lower price from here.

To elaborate, if you think about the bear case from here, there are a few things that could happen. Another outbreak would send the shares immediately lower, with a high likelihood of further sales problems. If there is bad news here despite all the efforts put in by the company to stem traffic declines, ensure safety, etc., then you're probably looking at a slower and deeper repricing (i.e. sell side analysts bring down 2017 estimates and multiples over a few weeks plus some long-term holders selling out).

Another thing might be the Q4 results. Slower than expected recovery and/or 2016 guidance below the current estimates would probably mean that the stock will become the classic "show me" story where the risks are skewed to the downside.

There are other possibilities as well: the stock selling off on good news that is already mostly priced in, such as the CDC formally closing the foodborne illness cases. This would also likely mean protracted declines.

Nick Mazing, Ampera Capital: The things that I will be looking at are same-store sales in January and February: the company needs to see improvement January over December. February is crucial because the company plans a big marketing push that month, and obviously it has to resonate with the consumer.

Since restaurant companies break out food and labor costs, I will be watching where food comes in as a percentage of sales versus prior periods to estimate the costs of the additional procedures against a baseline of 0-2% food cost inflation which is what most restaurant companies expect for 2016. On the labor side, we are going to see substantial deleverage between the drop in sales and minimum wage increases in several jurisdictions. This quarter will probably be the worst for labor expenses as a percentage of sales for the year, so one can build an improvement towards the average for the second half of the year.

SumZero: What are the biggest risks associated with the trade in your view?

Nick Mazing, Ampera Capital: In addition to the standard risks associated with short sales, the thing that concerns me the most is the on-going share buyback program, which provides some price support for the stock.