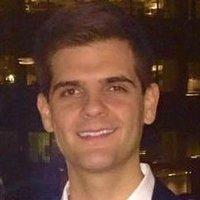 PetMed Express (PETS:US), an online pet pharmacy, had a tumultuous past week, dropping as much as 15% intraday Thursday under heavy volume from its peak.  This volatility is the result of allegations published in a bombshell report by research firm Aurelius Value.  The report contended that PetMed’s recent growth was entirely fueled by “exploit[ing] America’s Opioid Epidemic”, and that PetMed’s recent sales growth [Q4’16 (14%), Q1’17 (39%)]  resulted directly from an aggressive campaign to sell prescription animal opioids to human drug users and opioid addicts.  Aurelius also claimed that PetMed’s recent shift in focus to online marketing relied on the abuse of Google AdWords (which drives 55% of their online traffic) to promote for human consumption the animal opiates Tramadol and Gabapentin.  Google quickly pulled these ads following the report.

Mark Henry of Midwood Capital Management posted a short idea to SumZero on PetMed in May.  We interviewed him about his take on the company given last week’s news

Luke Schiefelbein, SumZero: What about PetMed Express initially interested you as a value investor?  Could you summarize the company’s last 18 months?

Mark Henry: We believe a wide disconnect exists between PETS stock price and fair value. The market has pulled forward much of PETS’ future returns with a current valuation at ~28 times FY 2018 earnings – a significant premium to peers and historical averages.  The last 18 months have been “transformational” for the company given the shift to “new generation medications” such as flea, tick and heartworm control products, which are higher priced and higher margin.  Specifically, mid-single digit price and volume growth on higher margin SKU’s have translated into ~60% incremental gross margins yielding double-digit earnings growth given fixed operating cost leverage. However, we doubt the sustainability of this improved financial performance given the lack of competitive differentiation that a retailer like PETS possesses

Schiefelbein: Would you please run us through your thesis as it stood before this week’s allegations by Aurelius Research?

Henry: We believe PETS is an undifferentiated online retailer selling commoditized products in a very competitive industry that has failed to gain market share over time.  We expect PETS’ competition to also capitalize on the trend of “next generation medications”, and to ultimately use price as a lever. In that scenario, there is little reason to believe the gross margin expansion exhibited in over the last two quarters is sustainable over the long-term. The market expects margin expansion to persist despite increased competition from the likes of Dr. Foster Smith and PetSmart, and the company’s own CEO hinting at the strong dependence on the pricing behavior of competitors.

Schiefelbein: Do you agree with the substance of the Aurelius report?  Has your position on the stock evolved considering the report?

Henry: We find it suspicious that PETS’ CEO has been so close-lipped about the shift to “new generation medications”.

Schiefelbein: How should a value investor react in the light of an unexpected bombshell report or event like this?

If there was value in the stock – price below intrinsic value – before the report, then I could see some investors trying to take advantage of the volatility

Schiefelbein: Was the sale of Tramadol on your radar before the publication of the report?  If so, did it raise any red flags?

Henry: The sale of Tramadol and Gabapentin was not key to our short investment thesis prior to the publication.  What the article fails to mention is that the average street price per 50mg dose of Tramadol ranges from $1.50 to $5 at the high end. PETS is selling each 50mg dose for $0.89.  The report should raise red flags given the potential for abuse of the drug and the ease with which any company could drive traffic to its website via digital marketing.

Schiefelbein: How integral do you think that the sale of Tramadol was to the company’s pivot in focus to unnamed higher margin ‘new generation medications’?  Is it fair to primarily attribute Tramadol sales to the Q4’16 and Q1’17 surge in EPS and double digit sales growth?

Henry: The company released a statement stating Tramadol and Gabapentin represents 0.4% of total sales. Taking this statement at face value, it would then not be fair to primarily attribute the recent surge in sales and earnings to Tramadol sales.

Schiefelbein: What impact will Google’s Aug. 24th Adwords decision have on the company and its recent change in strategy to focus on online ad spend

Henry: Taken straight from Google's ad word policies for Healhcare and Medicines in the event of violating their policies:

Schiefelbein: Could you please explain the use of the stock as a ‘trading vehicle’ into credit card sales visibility?   What impact does this have on the stock?

Henry: We also believe the surge in PETS stock can be largely attributed to non-fundamental buyer such as quant-oriented funds. We believe these market participants are drawn to the high visibility into the company’s quarterly sales afforded by credit card transaction data.

Today, investors can purchase third-party credit card data to get an informational edge on sales trends before reporting to the public (See Wall Street Journal article:https://www.wsj.com/articles/how-credit-card-data-might-be-distorting-retail-stocks-1483468912). PETS screens well for credit card transaction providers because most of the company’s sales are generated through credit card transactions as ~85% of sales are generated via the internet.

Schiefelbein: What is your prediction as to the future of the stock?

Henry: PETS appeal to income-seeking retails investors as the company currently pay a $0.76/share dividend which has grown at a ~14% CAGR since 2010 funded from free cash flow. However, the dividend yield is currently at an all-time low at ~2%. Assuming mean reversion to a more normalized yield of 4%, and assuming 5% dividend growth next year, PETS would be worth $20 or ~50% lower than the current stock price.

Schiefelbein: Where else do you see value in the market today?

Henry: We are constantly searching for value opportunities with a margin of safety and significant – 50% to 100% - upside, but they are not easy to find in this market. We still see value in construction and building materials plays like Armstrong World Industries (AWI) and US Concrete (USCR) and hard to replicate assets like Craft Brew Alliance (BREW).