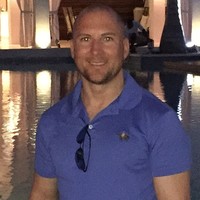 Disclosure: The analyst did not disclose a position in this security at the time of posting and may trade in and out of this position without informing the SumZero community.

Simply put, Macy’s owned real estate is worth at least $26bn, whereas the Company’s enterprise value is currently $24bn; this implies that the Macy’s retail operation, which would generate over $600m of pro forma free cash flow (after factoring in increased rent, etc.) is worth negative $2bn. This is not plausible.

Unlike some other real estate monetization theses, the Macy’s thesis isn’t a mere hypothetical; it takes a page out of the playbook of Hudson’s Bay Company (“HBC”), which recently created tremendous value for its shareholders by tax efficiently unlocking and harvesting its real estate value using mortgages and JVs.

Macy’s also has an activist investor, Starboard Value, which sees the huge equity upside from unlocking this real estate value and should serve as a driving force behind the real estate monetization. Macy’s is Starboard’s fourth largest position.

While management has historically been reluctant to do much with its real estate, their tone has recently changed, as demonstrated by the CFO’s comments on the Company’s August 12, 2015 earnings call:

We have regularly considered ways to realize the value of our owned real estate over the years. But each time we did not see enough meaningful economic benefit to justify the added cost and lower flexibility that would come from doing so. With that said, though, real estate values clearly are nearing all-time highs, and so over the past few months we have been intensely studying the subject again. We have brought on specialized real estate advisors as well as financial, legal and tax advisors to look at a wide range of alternatives from financing to structural that have the potential to create value.

Macy’s is also party to a credit card processing agreement with Citibank that generates about $800m of EBITDA per year, at a near 80% EBITDA margin. This is very valuable EBITDA with a 100% pre-tax flow-through to cash flow. This business should be valued at a much higher multiple than the typical 5.0x – 6.0x EV/EBITDA of retailers.

Using fairly conservative assumptions, I believe unlocking the value of the Company’s owned real estate and its credit card business will lead to a per share value $90.00, which is about 80% above current trading levels.

Situation Overview & Supporting Data
On November 24, 2015, HBC announced it received a $3.7bn appraisal on its Saks Fifth Avenue flagship location at 611 Fifth Avenue in NYC, equating to a $5,700 per sq. ft. valuation – multiples above analyst estimates. With this appraisal, HBC secured a $1.25bn, 20-year mortgage (35% LTV) at a fixed rate of 4.39%. The proceeds were used to repay higher cost debt. On the following two trading days, HBC’s stock jumped 20%.

On February 25, 2015, HBC announced it entered into two different joint ventures, the first with RioCan Real Estate Investment Trust (“RioCan JV”) and the second with Simon Property Group (“SPG JV”). The RioCan JV was established with HBC contributing 10 marquee properties in Canada while the SPG JV was established with HBC contributing 42 relatively ordinary properties in the U.S.

This tremendous creation of shareholder value is enviable, but not monopolized by HBC. Macy’s, with a superior portfolio of owned real estate, has the opportunity to mimic HBC’s actions and likewise create a tremendous amount of value for its shareholders. Given historically low cap rates (that may not last long), tempered operational growth, desirable owned real estate and an agitating investor base, I believe Macy’s will be compelled to execute this strategy.

Using the recent HBC transactions as valuation benchmarks, then layering in a margin of safety via conservative assumptions, it’s quite easy to arrive at a $26bn valuation for just Macy’s fee-owned real estate (i.e. not including the building owned, ground leased real estate). My primary assumptions are:

Macy’s Herald Square location, a National Landmark with 2.2m sq. ft. of retail space, making it the second largest department store in the world (behind Shinsegae’s flagship store in Centum City, Busan), is worth $1,500 per sq. ft., a 75% discount to the valuation given to the Saks flagship. This derives a $3.3bn value.

Harvesting the Real Estate Value
To unlock the value of its real estate, instead of reinventing the wheel, I believe Macy’s will take the approach that has already worked for HBC: (i) get an appraisal on the Herald Square flagship coupled with a 35% LTV mortgage, using the cash proceeds to repay higher coupon debt and (ii) create a JV with an operator like SPG, contribute and leaseback a portion of fee-owned real estate in exchange for ownership of the JV, publicly float the JV, incur mortgage debt at the contributed properties just prior to contribution to generate cash proceeds, with the JV assuming the debt upon property contribution, and use the debt proceeds to repay existing debt and repurchase shares. Right now the market is skeptical that Macy’s will employ such a strategy, but starting down either path will let investors know the Company is serious, which should be met with great share price appreciation.

Impact of Real Estate Monetization on Operating Business
Too often real estate monetization pitches overlook or gloss over certain changes in a Company’s financials that prudent investors should not ignore. The following are the key financial and operational changes that will impact the Company as a result of taking the suggested actions. Fortunately, most value detractors are met with countervailing value enhancers, supporting the net benefit of a real estate monetization strategy.

The Retail Operating Business
If I’m wrong, and Starboard + the economics don’t convince Macy’s to monetize its real estate, I think investors are still left with a decent business for which we’re not paying an inflated multiple. For starters, I currently favor U.S. domestic businesses that are relatively insulated from slowing growth in China and Brazil, stagnation in Europe, a rising USD, the energy and materials collapse, and persistent geopolitical risks; and exposed to the U.S. consumer, i.e. improving wage and personal spending growth, increasing consumer confidence, lower gasoline prices and shrinking unemployment. Macy’s fits that bill.

In addition, Macy’s is a $28bn topline retailer, trading below its peer group at 6.0x forward EBITDA and 11.0x forward P/E, that has outperformed its peers in terms of same-store sales growth over the past six years, produces a best-in-class EBITDA margin, generates a high single-digit ROE, is almost all domestic, has some exposure to the more robust luxury retail market through Bloomingdales, has a growing eCommerce business, and over the past five years has returned over $6bn of capital to shareholders by shrinking its share count over 20% and increasing its dividend by over 500%.

Valuation
Macy's department store peer group trades at an average forward EBITDA multiple of 6.5x. I believe Macy's is a 6.0x business on a status quo basis and a 5.0x basis pro forma for a real estate monetization. Macy's credit card business is closer to a 10.0x EBITDA business, which is in line with credit card peers which trade between 10.0x and 15.0x forward EBITDA. The value of Macy's real estate was discussed previously.

Combining the Company’s real estate value with the value of its credit card and retail businesses leads to a sum-of-the-parts valuation of $90.00 per share.

Risks
*Macy’s is “reviewing” real estate options, but may have no intention of actually doing effecting a transaction.

*The threat of rising interest rates in the U.S. is having a negative impact on real estate valuation.

*While Macy’s is a good business, it’s not a great business and there are concerns over the long-term growth prospects of softline brick and mortar retailing vis-à-vis online retailing.

*Management has cited recent weakness in SSS as partially stemming from the stronger USD hurting tourism demand in New York, Chicago and California.

*Cyclical downturn in the U.S.

SumZero is an online community of professional investors. For those who do not work on the buyside, you can get limited access to SumZero investment ideas, interviews, and more, when you join SumZero Basic here.

Investment professionals working at funds can use their credentials to become full Buyside members. Join SumZero Buyside, a research platform containing thousands of research pieces from other professional investors around the world, via the link below.