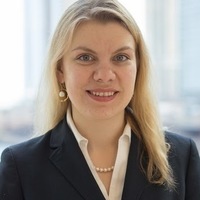 Disclosure: The analyst’s fund had a position in this security at the time of
posting and may trade in and out of this position without informing the SumZero community.

After the 2013 documentary Blackfish revealed many troubling animal rights issues with SeaWorld’s iconic Orca Show, SeaWorld stock (SEAS:US) has tanked. Residual consumer distaste for the brand has remained strong...overly strong according to Marina Sitsiuhina, a former analyst at GE Capital and recent University of Chicago MBA graduate. Her deep dive research, recently submitted to SumZero as part of her contest-winning entry to the SumZero Gardening Leave Contest, reveals that Seaworld has discontinued breeding orcas, has begun to effectively fight poor public perception via a new CEO, and continues to provide a strong educational experience that’s differentiated in the theme park space. For more details, check out her report below.

SeaWorld Entertainment (SEAS:US) operates 12 theme parks in 5 US states with Orlando (~50% revenue) and San Diego (~20% revenue) being the biggest markets and having ~8% market share in the theme park industry. SEAS owns 5 out of the top 20 US parks by attendance. These parks provide both entertainment and educational value, having 800 animal species and 99 animal habitats in them in total.

The market still seems to be in disbelief mode, and has been too slow to recognize the positive effects of the new strategic direction that Seaworld has taken over a year ago. Investors capitulated after Blackfish, a documentary depicting orcas suffering in captivity, came out in 2013. Although PETA had been campaigning against orca breeding since 1998 and there had been another similar movie “Cove” released in 2009, Blackfish had the highest visibility and brought on lasting negative effects for the company performance – which management failed to anticipate and adjust to in timely manner. Eventually in 2015, the new CEO Joel Manby was brought on to manage the branding crisis, and in March 2016 he announced the discontinuance of the orca breeding program. Following the announcement, the stock has declined another 25% amid fears that SeaWorld’s “hook” is gone.

I believe the SeaWorld’s best days are not behind it. The rebranding efforts by Manby to focus on the conservation and educational aspects of SEAS should pay off. SeaWorld hasn’t actually caught an orca from the wild for over 40 years, and has rescued 27,000 species from the wild. The company has invested in diversifying its attractions, including launching Mako, the tallest, longest and fastest roller coaster in the Orlando this June, Cobra’s Curse, Discovery Point (swimming with dolphins), Blue Lagoon (penguins), and investing into Blue World Project in San Diego, one of the largest natural habitat attractions. The attendance impacts due to orca scandal have largely already reversed and it is likely the worst days of SEAS are behind it. The recent quarter attendance weakness was primarily caused by weak Brazilian travel. According to management, Brazilian tourists haven’t been very sensitive to the orca issues and attendance was a direct result of poor macro situation in Brazil.


Focusing its message on rescue and sustainability efforts, as opposed to mostly fun (as before), should serve the company well. Per a customer survey, moms and millennials who are the core audience, have placed the meaningfulness and educational value of experience equally high with entertainment value. Partnering with the Humane Society will help SEAS to improve its image. Other branding efforts, including the Ambassador’s program, the Sea Rescue TV show, and the mandate that every SeaWorld worker supports an environmental cause, are all part of the deeper-level company transformation.

Bringing Joel Manby as CEO was a game changer for the company. The prior management team had failed to adjust to changing public perception and for two years didn’t make any particular changes to the company strategy. Manby has hired some of the strongest industry executives (including several from from Disney) to manage public relations, has made some changes to the board, and has already taken many bold steps in repositioning the company. He has an impressive track record as CEO of Hershend Family Entertainment (the largest family-owned theme parks company in US). He’s also been on Undercover Boss, and wrote Love Works, a bestseller on leadership skills. In other word’s, he’s widely trusted and liked by the public.

SEAS occupies a niche position due to its wildlife and educational focus, and has successfully coexisted with Disney and Universal.

SeaWorld is the only key participant in wildlife-focused theme park space. Regional parks, Six Flags, and Cedar Fair target day travelers and provide value through rides, while Disney and Universal’s value proposition is centered around characters. Disney is not competing with SEAS, but instead provides the company with great opportunities to feed off its traffic in Orlando as customers tend to view SeaWorld experience as complementary. Both Disney and Universal have been firing on all cylinders – and that has led SEAS to growth.


SEAS provides educational value similar to zoos. The experience of intimate interaction with live animals which is hard to replicate, and this has been a classic family pastime in the US. At the same time, there has been pretty much no incremental supply growth in the space, which positions SEAS to have pricing power. While Disney has doubled its admission prices over the past decade, SEAS prices only increased by about a third; there is opportunity to narrow the gap. The new management has implemented a new simpler pricing strategy in 2016 incentivizing advance buying ($79 online in advance, $99 at the door), and having small discounts over time rather than deep discounting. These schemes should lead to higher profits. Also, as opposed to other destination parks, SEAS doesn’t own many hotels adjacent to its parks, even though they own ~400 acres of raw land. There is definitely opportunity to build hotels and management has communicated its intention to do so.

SEAS has strong and steady cash flow and has performed well through the cycles. Once you build a park asset, you continue milking it for years, as maintenance is only ~10% of revenue. While SEAS operating/maintenance costs are higher than, say, Six Flags, as they care for animals, the economics are still strong.


Orlando entertainment has been booming with major players continuing to invest aggressively. While traffic has been increasing, incremental growth may reduce returns. SEAS is still somewhat differentiated from the competition, however, it may still suffer from further saturation in the space, over 50% its revenue comes from Orlando. Competitors could always start investing in wildlife.

Rebranding efforts are subject to the execution risk by the new management team. Joel Manby brought on five key executives in the past year. The task at hand to reshape public perception of the SeaWorld brand is complex, all while facing the pressure to perform in the short run given heavy debt load. This requires seamless and timely execution. Also, it is hard to predict potential PETA campaigns targeting the company going forward.

Heavy debt load makes the window of opportunity to recover profitability narrower. While the company hasn’t indicated lowering dividends in the near term, it would come fairly close to hitting its debt covenants in 2016. This is driven by one-time legal and restructuring costs, but at 5x EBITDA, debt burden is still problematic (albeit cheap) even given company’s stable recurring cash flows.