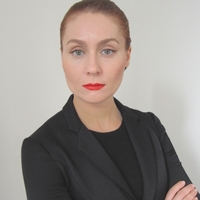 As both energy and equity prices tumbled this year, Tatiana Vasilyev, portfolio manager at Clio Capital in New York, was already uniquely positioned to take advantage of the situation via liquefied natural gas (LNG).

After noticing the hype surrounding fracking and gas liquefaction technology, Ms. Vasilyev used a deep understanding of world LNG markets to target Houston based Cheniere Energy (ticker LNG, referred to as Cheniere throughout this article to distinguish the company from the underlying commodity). Cheniere operates natural gas liquefaction and import/export terminals along the Gulf Coast. Because of the huge expense of this infrastructure and a gold rush mentality surrounding US fracking, Cheniere became both overvalued and overleveraged. Ms. Vasilyev shorted Cheniere for a 39% return just two months after posting her idea to SumZero.

SumZero: Why are the natural gas markets plagued by oversupply?

Tatiana Vasilyev, Clio Capital: In the US there are two basic reasons for that. First, fracking technology enabled drilling companies to add capacity very incrementally, and capital was more than available. This resulted in capacity expansion with no discipline whatsoever.

Second, higher oil prices at the time created an arbitrage of natural gas liquids that could alternatively be produced from oil. We saw quite a few chemical companies talking about the new US cost advantage and the US chemicals renaissance.

SumZero: Why is global demand missing expectations by such a wide margin?

Tatiana Vasilyev, Clio Capital: On the natural gas side, it was never clear who is going to buy all those new paints, plastics to begin with. On the liquefied natural gas side the oversupply got even worse. Global liquefaction capacity will grow by at least 40% by 2020 (this is only counting what is currently being built).

Everyone counted on about 8% annual growth in LNG demand and a profitable differential between US LNG versus Japan/Europe prices that would be stemming from this growth.

This 8% demand growth is just not happening. Japan accounts for 35% of global demand and is bringing back online nuclear plants after the temporary post-Fukushima spike in consumption. Europe (15% global demand share) and China (6%) were supposed to be the major growth drivers.

European LNG demand (15% global demand share) back in 2010-12 was expected to more than double by 2020, but European gas demand has been actually declining since 2009. I think a lot of it is structural, and is a result of their energy efficiency initiatives. Not to mention coal is still cheaper than gas. Finally, Gazprom, Russia’s state owned vertically integrated natural gas producer, is very capable of pricing out the American LNG competition.

For China, demand growth expectations were simply astonishing. Chinese power generation is 75% coal-based, and they need gas to change that. That said, even before its economic slowdown it was known that China holds 1,300 trillion cubic feet (TCF) of technically recoverable gas shale resources – compared to 860 TCF in the US. It is very difficult to see them becoming dependent on imported LNG.

SumZero: How has natural gas been affected by volatility in oil markets?

The way Cheniere contracts are structured - when customers pay access fees but don't have to use the facilities - you can view an investment in LNG infrastructure as a call option on global LNG and oil, as in many countries LNG pricing is linked to oil. Volatility, by definition, makes an option more valuable. In case of Cheniere the option is out of the money but the stock didn't react to it fully.

The circular logic of the whole LNG idea was to count on being a net beneficiary of the US vs. Rest of the World LNG price differential, when in fact the US is becoming a big player that will influence global pricing. As a matter of fact, the arbitrage has disappeared even before the US gas hit the market as overall energy demand expectations are proving too high and oil went down.

SumZero: What about Cheniere specifically caught your attention among this energy volatility?

Tatiana Vasilyev, Clio Capital: For a cash flow-focused investor, Cheniere was trading at interesting levels for a company that is not going to generate any cash till 2021 – 30 times expected 2016 earnings. The company’s corporate structure seemed to be getting more and more complicated while debt was growing.

Also, Russian Gazprom was trading on an assumption that the US export liquefied gas will replace the Russian pipeline gas in Europe. So I had to check the chances of this actually happening, which turned out pretty slim considering Gazprom’s lower costs and established infrastructure. Additionally, appreciation of the US dollar has been making US LNG less and less competitive internationally.

SumZero: When do you foresee energy markets stabilizing and why?

Tatiana Vasilyev, Clio Capital: I look for investments where you don’t need to make such calls, actually, and Cheniere is a good example of that. Cheniere valuation is not really sensitive either to the facilities utilization or Henry Hub (the US LNG futures price) that Cheniere is getting a 15% processing markup on.

Under quite a broad range of Henry Hub prices from $1 to $4/million British Thermal Units (mmBTUs), more than 80% of Cheniere revenue will be coming from fixed “access” fees that clients have agreed to pay regardless of whether they end up liquefying and shipping any gas at all.

As of today with Henry Hub above $1/mmbtu, US LNG is just not competitive anywhere globally. LNGs biggest competitor is coal in emerging markets, and coal prices have fallen quite below the marginal cost of production. So, regardless of oil or anything - what has room to go down more?

At Henry Hub under $1/mmbtu the US export starts looking interesting, but with the fixed $3/mmbtu access fees that potential US gas exporters agreed to pay Cheniere for liquefaction – they will still be losing money.

LNG is still promising investors close to 60% operating margin. I don’t know of any case where you can generate such margin off money-losing customer base.

SumZero: Is Cheniere still attractive to short at today’s prices?

Tatiana Vasilyev, Clio Capital: At today’s ~$30/share the stock is still assuming $3/mmbu Henry Hub prices and that not a single pre-paid customer will break contract or even re-negotiate fees.

The best case for LNG is if their customers just pay the fees but don’t process any gas - then LNG margins will be higher as idle facilities will require just a little maintenance. That would be very nice but not very realistic.

Liquefaction capacities require huge upfront costs. Cheniere will end up with close to $30 bn of debt - therefore its contracts with clients were fixed-fee in nature. But interestingly, in an absolutely best case scenario of 100% facility usage and their dream 60% margins and fees, Cheniere will still never generate enough cashflow to start paying down this debt and will always depend on re-financing.

Tatiana Vasilyev, Clio Capital: Most importantly, customer contract re-negotiations. Also, Cheniere still needs to contract some of their trains at Corpus Christie, TX (their second set of liquefaction facilities). It will be interesting to see what clients agree to pay this time and if there will be any fixed fee contracts at all.

SumZero: What were the biggest risks associated with the trade in your view?

SumZero: Is this thesis representative of the Tatiana Vasilyev and Clio Capital investing style?

Yes, this is one of those cases with mutually-exclusive logic that I look for: if one part of the story is true - the other can't be true. One can't have 60% margins and clients losing money. One can't flood the market with cheap gas and expect any price differential.

I really like when people expect in perpetuity to benefit from a geographical arbitrage in an ultimate commodity market, with a lot of substitutes and huge volatility, and borrow $30 bn to do just that.

Cheniere has a longer story as some might know – in fact they are now refurbishing the regasification facilities that were initially meant to accept imported liquefied gas into the US.

Tatiana Vasilyev, Clio Capital: On the energy side – there is a lot of room for the equities to decline before we start seeing value, with the US-based companies being the most expensive. I like Gazprom in Russia (GAZP.RX) that has excellent cash flow even as they will be incurring some major capex in the next few years, and it only got better as their costs are in RUB. I also like Indian Coal (COAL.IN), similarly for a very high cash flow generation. India has 25% of population without access to electricity, by the way.