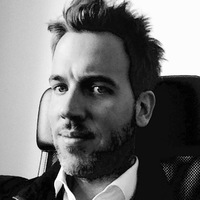 Disclosure: The analyst’s fund had a position in this security at the time of
posting and may trade in and out of this position without informing the SumZero community.

After years of dizzying growth, US-based companies have stagnated at what many consider full to rich valuations. Meanwhile Henrik Heffermehl, PM at Park Lane in Oslo, has found rich opportunity for value investing in his home country of Norway. B2 Holding (BTOH:NO) is a debt collection company with operations in the Nordic region and Central and Eastern Europe. Accoring to Heffermehl, B2 could offer 40% upside with the sacrifice of the liquidity and recognition many US companies offer.

Mr. Heffermehl has posted 17 ideas on SumZeo since joining the community in 2011, which have generated a 54.4% average total return and a 53.9% average annualized return. This collective performance has placed Mr. Heffermehl high atop the SumZero Rankings ladder, a proprietary algorithm designed to identify the most consistent alpha generators in the fund industry. Heffermehl is currently the #1 ranked analyst on SumZero in the LTM category.

SumZero: What about B2Holdings initially caught your attention as a value investor?

Henrik Heffermehl, Park Lane Family Office: First and foremost the management team, as they had a stellar track record from previous similar ventures (Aktiv Kapital, Gothia). Combined with no analyst coverage, high insider ownership and what looked like a solid underlying market opportunity, we very quickly decided that this was interesting despite having less quantitative material to rely on than usual. It was in that sense at least, as Warren Buffett might have put it, a qualitative insight more than anything else.

SumZero: What was the market missing at the time?

Henrik Heffermehl, Park Lane Family Office: The market was giving little credit to said management for their track record in our view. Also, I think the impact that the stricter regulatory environment for banks would have on the non-performing loan (NPL) market was greatly underestimated, and I feel it still is. ECBs Asset Quality Review, Basel 3, and IFRS 9 will all lead banks to reduce the amount of high-risk weighted assets and force them toward more conservative calculation of loan losses and non-performing loans. This will almost certainly be the case in the short to medium term. That means a flood of interesting NPL portfolios will hit the market. B2 was and is in a great position to exploit this opportunity and acquire portfolios at attractive prices.

SumZero: Is B2 still attractive to buy at today’s prices?

Henrik Heffermehl, Park Lane Family Office: I think so, yes. The opportunity is not as obvious as it was when we first bought shares at 6 NOK, but returns still look very promising. I believe the company will reach 1.4 NOK per share in EPS in 2018 after accounting for the likely dilution coming from the current IPO/listing process on the Oslo Stock Exchange (assuming 650m NOK in new equity at 11.25 NOK per share). 12-14x EPS seems fair to me (and would be more or less in line with relevant peers like Intrum Justitia and Kruk SA), so a share price of about 17-20 NOK seems attainable. The share is at 12.30 NOK at the time of writing. There is just a very rich pipeline of opportunities out there currently, and BTOH has acquired several local platforms from which to take advantage of this over the last year, most recently by buying a company in Romania. If history is any guide, this management team will deliver over the next few years. In a market without many high growth opportunities, BTOH still really stands out to me, and it remains one of our largest positions at Park Lane. We haven’t sold a single share yet.

Additionally, I think BTOH is a very attractive take-over target. It seems to me that several larger players in the industry should find it attractive, not least because of its geographical exposure which would be a good match and complement their existing portfolio profiles.

Henrik Heffermehl, Park Lane Family Office: Growth in ERC (estimated remaining collections) over some time. This is a company that is reliant on a good stream of portfolios available for purchase to be able to grow over time. Sustained weakness in ERC growth would be a warning sign. It doesn’t necessarily imply the company is heading downhill permanently, but it will change the dynamics of the investment case nonetheless. Investors should note that the timing of portfolio purchases is uncertain, so reading to much into quarterly figures is probably unwise. There is also a seasonal element to the business, where Q1 is usually the weakest in terms of collections, so I’d be wary of reading to much into the Q1 numbers for this year, for example. The variable that I’d be watching most closely is actually whether key personnel stay put. One flip side of fast growth is execution risk and scaling this business with a very lean organization, integrating all acquired companies etc presents very real risks. The right people are essential. So that’s the one to watch, I think.

SumZero: Is execution difficult given that this is a Norwegian company?

Henrik Heffermehl, Park Lane Family Office: The company has been OTC listed for a while, and liquidity has been relatively decent as far as OTC issues go. But yes, for institutional investors of some size, this would have been difficult if not impossible. But I think that will change for the better now. After the listing the market cap should be between 4-5 Bn NOK (480-600m USD), and the placement of 15m shares from the main shareholder should improve liquidity markedly.

SumZero: What were the biggest risks associated with the trade in your view?

SumZero: Is this thesis representative of the your investing style?

Henrik Heffermehl, Park Lane Family Office: Yes and no. We like ignored and/or unknown, small cap investments in businesses we can understand with little analyst coverage, so in that sense it fits the bill. But we typically have a little more financial history to work with than we did here, and also typically prefer less capital intensive businesses.

Henrik Heffermehl, Park Lane Family Office: I can’t see any particular industries that look attractive in aggregate, it’s more about picking stocks that are mispriced for whatever reason. We especially like a Norwegian HR outsourcing firm called Zalaris (ZAL NO Equity), which has very sticky customers, and that we believe can grow its top line mid double digits for years. There is significant scalability in that business model and we think EBIT margins will increase from 10 to about 15% over the next few years as well, leading to a dramatic repricing of the company. We also like Borregaard (BRG NO Equity), an underpriced niche player in performance chemicals with very strong moats, and Nordnet AB (NNB SS Equity), one of two leading online brokerages in the Nordic region which we think could double over the next few years as it scales its operations across the nordic region. Among the large caps out there, we think Berkshire looks surprisingly cheap (I know, not the most original idea – but then there are no extra points for originality).

SumZero: How has your approach evolved over the years?

Henrik Heffermehl, Park Lane Family Office: I’ve gone through a fairly common evolution for a value investor, I think. I started out with more of a purely quantitative cigar butt orientation and over time I have been increasingly inspired by the Fisher/Munger/Buffett style where qualitative insights count for more.

I’ve also increasingly gone toward higher portfolio concentration, something that would not have been possible without the principals I am lucky enough to have. One thing I’ve learned from experience and which my current principals have also beaten into me is the importance of management. In small and micro caps like we usually invest in, it is even more essential that the right people are at the helm. Management must be of unquestionable integrity and have a strong track record.

SumZero: Tell me about your investing background and investing mentors and heroes.

Henrik Heffermehl, Park Lane Family Office: I’m a med school drop-out, so I guess I’m somewhat unusual in that sense. When I discovered the financial markets, I knew instantly what I wanted to do for a living. Before I dropped out of med school, I studied psychology at NYU, which I found interesting and now, surprisingly useful. Who knew. Anyway, I’m mostly self-taught, or trained on the job by an uninterrupted series of great colleagues since I started working in finance. I feel very lucky in that respect, not everyone in this business can say that. My investment heroes include Warren Buffett, Joel Greenblatt, Seth Klarman and Glenn Greenberg.

SumZero: What advice would you give to someone interested in pursuing investing?

Henrik Heffermehl, Park Lane Family Office: You can become a skilled investor even without the correct degree from the big-name school, though you’ll probably never work at a high profile firm (I'm glad I don't). You just have to want it enough and work hard. I believe the financial markets are, over time, a meritocracy. Greenblatt said it well: do good valuation work, and you will be rewarded.

If someone wants to work in the investment business because they feel it gives them some sort of status or they’re just in it for the money, I would suggest doing something else. I say if you’re not really into the game for its own sake, don’t bother trying to compete. Those of us who tapdance to work every day will kick your ass.