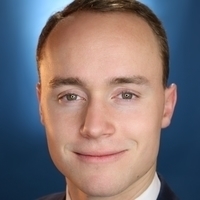 Unlike the vast majority of professional sports teams, the Atlanta Braves are not owned by a wealthy investor. The MLB team is owned by the Liberty Braves Group (NASDAQ:BATRK), a subsidiary of Liberty Media Corporation. As BATRK is a tracker stock, meaning the security only includes Liberty's ownership of the Atlanta Braves and not the company as a whole, it has not gotten the full attention that it deserves. Like Liberty Media, BATRK is led by media billionaire John Malone.

For the 2017 season, the Atlanta Braves are getting a new $700 million dollar stadium coupled with a mixed-use facility retrofitted with thousands of square feet of commercial and private real estate. Wills Manley, portfolio manager at Mitotic Investments, believes BATRK is drastically undervalued as the market has not properly valued the team or considered its new facilities. With a reinvigorated payroll and a new stadium, the Braves are primed to be successful this season. An impressive record will increase revenue and possibly spark the interest of a private investor to buy out the team.

SumZero: What about the Liberty Braves Group (“BATRK”) initially caught your attention as a value investor?

Wills Manley: There are a lot of unique properties that make BATRK difficult to understand: it’s a tracking stock, it has no public peer group, it’s small-cap stock with virtually no analyst coverage, and of course the new ballpark catalyst presents an additional variable. This confluence of unusual factors creates a void of natural owners and consequently a deep value opportunity.

SumZero: What is the market missing?

Wills Manley: The market is missing three things: the size of the revenue impact of the new ballpark and mixed-use facility, the difference in valuation multiple between Tier 1 and Tier 2 MLB teams, and the ability of the Braves to regain their Tier 1 status through payroll increases.

SumZero: As Liberty cannot sign a new TV deal until 2027, a large portion of the Braves’ revenue will remain stagnant. What other revenue streams will BATRK look to grow?

Wills Manley: The new ballpark allows the Braves to grow ticket revenues and sponsorship rights, which are the biggest catalysts that the market fails to appreciate. The mixed-use facility will also make a big impact, as well as the partnership between MLB Advanced Media and Disney.

SumZero: With more luxury seating and less total seating capacity, is it possible SunTrust Park will be too pricy for Braves fans?

Wills Manley: Certainly for some, but that’s the whole idea behind it. SunTrust will be lower-cost than Turner Field (in both operational and capital expense) but will generate more revenue using a combination of premium pricing, justified by a greatly enhanced fan experience, and a lot of new sponsorship revenue.

SumZero: Rob Manfred, Commissioner of Major League Baseball, has hinted at the possibility of expanding the league from 30 to 32 teams. If this happens, do you believe this will affect the Braves’ valuation?

Wills Manley: The effect would be negligible unless the team encroached too closely on Atlanta geographically. The worst that could be done is a new team in Orlando, but that is really Tampa Bay’s territory currently.

SumZero: As the Braves are in the bottom third of the MLB in team salary, do you foresee that the team will increase spending to become more competitive?

SumZero: As professional sports teams have only gradually increased annual revenues, do you worry about the market’s excitement for a low-growth stock?

Wills Manley: MLB has grown revenues 5-6% on average through recessions and expansions alike, without any retreat. Combine that with even higher growth expectations from MLB Advanced Media and you have a very attractive growth engine, especially considering the low-yield environment we’re in. It’s already very clear that the market has no excitement whatsoever for BATRK, so it’s really about what the next private buyer will pay and how soon.

SumZero: Is there any chance The Battery, Liberty’s $558 million real estate project including 550 upscale apartments and 375,000 square feet of high-end retail outside of SunTrust Park, does not retain its tenants and becomes a liability to BATRK?

Wills Manley: No – its largest tenant will be Comcast’s southeast headquarters, who is locked in to a long-term contract. The Omni Hotel is a joint venture with no risk of tenant vacancy. The apartments and retail will have some degree of vacancy risk, but they are still highly accretive using conservative market lease assumptions. There are strong precedents that mixed-use facility projects adjacent to new stadium builds perform very well.

SumZero: Is there any reason to believe a private investor will look to buy the Braves within the foreseeable future?

Wills Manley: Yes – the tax shield incentives to own professional sports teams is extremely enticing, which results in very high ownership turnover. The more important question is when will Liberty want to sell it?. Liberty could announce their intention to sell today and receive many offers at high premiums to market cap, but a sale today would leave much of the tax shield and potential RSN value unrealized.

SumZero: Do you fear the possibility of Liberty Media forcing BATRK to sell off the Braves at a discount in order to quickly raise capital?

Wills Manley: No - Liberty is an extremely well-capitalized organization that won’t need to liquidate any of their assets in the foreseeable future.

SumZero: Although MLB has seen its aggregate league broadcasting revenues increase 11.7% annually since 1966, there has been a recent decline in the sport’s popularity among today’s youth. Will MLB’s positive revenue trend reverse in the coming years?

Wills Manley: The biggest problem baseball faces as a sport is its inability to engage young African-Americans as well as other major sports. This hasn’t yet manifested in revenue issues for MLB and I don’t expect it to anytime soon. This is similar to how parents are concerned about concussions in football. It is a very real issue societally, but has had no impact on the profitability of the NFL.

Wills Manley: My strategy involves isolating niche and underfollowed trades, so I see value in a handful of obscure opportunities. I don’t try to predict macro trends.

SumZero: How has your approach evolved over the years?

Wills Manley: My approach was created when I realized that having a very strong conviction regarding an obscure security was much easier than having a strong conviction about a broad market movement. It all becomes a lot more rewarding when you can become one of only a few experts if you look in the nooks and crannies. From there, it’s all about finding those obscure trades and hedging market risk.

SumZero: Tell me about your investing background and investing mentors and heroes.

Wills Manley: I experimented with many types of investing but ultimately found my passion in the special situations type of value investing. It wasn’t so much as copying a single mentor than it was taking bits and pieces from lots of different investment styles to create my own approach.

SumZero: What advice would you give to someone interested in pursuing investing?

Wills Manley: Discover your personal skills are and forge a unique strategy around those. Everybody reasons differently and smart people can produce different answers to the same questions. Don’t try to copy someone because they’re successful at what they do – find what’s right for you. There’s no single right way.