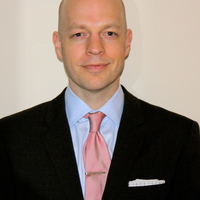 Which newly released app already boasts more users than Tinder, has seen its theme song’s streaming jump 362% on Spotify, and is featured on 7 of Snapchat’s 25 “Discover” stories? Unless you’ve been living under a rock these last few days, you already know the answer: Pokémon Go.

Since its limited release on July 7th, Pokémon Go has become the top grossing app in the U.S., New Zealand, and Australia – the only three countries it’s available in. Investors have been scrambling to capitalize on the game’s unprecedented success as Nintendo’s stock has risen by 25%, adding $9 billion to the company’s market value in less than a week.

Joshua Kennedy of Boston’s Sonian Capital Management saw opportunity in Nintendo from early on, having taken a long position on the Japanese gaming giant in December of last year. Despite the admirable return already yielded by Kennedy’s investment, Nintendo has yet to see the extent of its success as the rest of the world waits impatiently for Pokémon Go’s release.

So what comes next?

SumZero sat down with Mr. Kennedy to discuss the current state of his position, and what Pokémon Go’s explosive success means for Nintendo in the long run.

SumZero: The initial success of Pokémon Go is responsible for Nintendo’s soaring market value. How likely is it that the game’s current engagement level will be sustained these next few months?

Joshua Kennedy, Sonian Capital Management: I think if the game’s current engagement level doesn’t go down, we’ll have to revise GDP lower! People are milling around, looking for virtual monsters, effectively doing nothing. We can’t have everybody searching for Pokémon 60 minutes a day.

The engagement has been extraordinary, but it is inevitable that it will recede. I expect there will be a core of enthusiasts who continue to advance in the game, invest time and money into it the same way all hobbyists do. I expect you will continue to see very high engagement but for a smaller, core audience. A big portion of the audience at the moment is just people who think it’s cool but will move on when something else cool comes along. For most people, and for our society as a whole, this is actually the first broad-based experience with augmented reality, so that is part of what is driving Nintendo’s market value right now.

SumZero: Pokémon Go hasn’t even been released in Japan yet. Do you think reception there will be as positive as it has in US and Australia?

Joshua Kennedy, Sonian Capital Management:I think it will be crazy. I want to be careful about making generalizations, but Japan is primed for this. Consumer fads have a strong tendency to take hold there, Pokémon is a cultural institution, smartphone penetration is extremely high and spending on mobile games in Japan is widely accepted. If you thought it was strange seeing Central Park overrun with people playing Pokémon Go this weekend, wait until you see Yoyogi Park in a couple weeks.

SumZero: Pokémon Go’s servers have been frequently overloaded these past few days, and Niantic (the company that owns Pokémon Go) is delaying worldwide release of the game until it’s comfortable with its servers’ capacity. Does this worry you?

Joshua Kennedy, Sonian Capital Management: Not at all. It’s an indicator of the tremendous demand. Adding server capacity is not particularly difficult, but managing a game like this is a delicate art form. Niantic has done it before with Ingress, their first geo-based game, but now they have an audience that is an order of magnitude larger. They are getting up to speed, and I believe they will get there. It is smart for them to delay in other markets, particularly Japan, until they are ready.

What is remarkable is the lengths people are going to in order to get the app in markets where it hasn’t been released. I didn’t know what an APK mirror was before this week.

SumZero: What do you think is the best way for Nintendo to monetize Pokémon Go?

Joshua Kennedy,Sonian Capital Management: So far it seems like they nailed this. Since announcing their mobile effort in 2014, Nintendo has repeatedly hinted that they did not want to succumb to some of the negative dynamics of the free-to-play model. First, this means they want a lot of little transactions conducted by a large portion of the audience, as opposed to the prevalent “whale” model where a tiny sliver of players subsidizes everybody else who is playing for free. So far, the data seems to suggest this is the case, although it is still early days. Second, they have repeatedly indicated they did not want to create a situation where you have to “pay-to-win.” Nintendo wants players to pay to enhance their enjoyment of the game, but not to tip the competitive dynamics. Again, the fact that Pokémon Go appears to be so effort-based suggests they got this right, too.

I think there is an interesting future in promotional marketing for this format. A retail store of some kind could arrange to have a special edition Pokémon character only available inside that store, and it would coincide with a sale of some kind. The possibilities are endless, and I’m sure digital marketers are brainstorming right now. My daughter wants to do a lemonade stand this weekend and I told her right away, “set up near the church across the street that’s a Pokémon gym!” It makes you think hard about the future impact of augmented reality. It actually changes the value of physical locations. Pretty amazing.

SumZero: The Yen has appreciated tremendously in the last few days, a huge negative for Nintendo. How big of a role will the Yen’s value play for your thesis’s success these next few weeks?

Joshua Kennedy, Sonian Capital Management: Nintendo earns revenues all over the world, but most of its expenses are incurred in Yen. The result is that when the Yen strengthens, Nintendo’s overseas profits are reduced when they are translated back into Yen. So it matters to the company, and it matters to investors.

That being said, it doesn’t matter a whole lot to the thesis. Currency levels are particularly important to Japanese companies that are competing head-to-head with companies based in other currencies, the way Toyota competes with Hyundai, for example. Nintendo is frankly one of the most unique companies in the world and has almost no direct competitors. They base their whole strategy on being unique.

Where it could be a particular factor is with the new console, the NX, which is slated for release in 2017. If the Yen is at this level or stronger, it could impact Nintendo’s decisions about how to price that product to keep it competitive.

Japan is a real house of horrors from a macro perspective and the Yen is part of that, but I think that kind of thing scares away a lot of investors and creates wonderful bargains like Nintendo, which was absurdly cheap only a couple weeks ago.

SumZero: Does the success of Pokémon Go indicate that there may be a bigger opportunity for Nintendo to bring its other treasured franchises over to the phone world via augmented reality? What does this mean for Nintendo’s console business?

Joshua Kennedy, Sonian Capital Management: For Nintendo investors, the success of Pokémon Go may have its largest impact in the reverberations of the walls of Nintendo headquarters in Kyoto. This launch has been so massively successful in terms of gamer demand that any holdouts in Nintendo management that were reluctant to bring the best properties to mobile will be won over. I always expected to see Mario and Zelda on mobile in some form or another, but now it is a fait accompli.

Their console business should be relatively unaffected. Playing Pokémon Go is totally unlike playing any other game, mobile or otherwise. This is Nintendo’s specialty, rewriting the rules of what a fun gaming experience is supposed to be. But there are still many loyal Nintendo gamers who want to have a large-screen, vivid experience with their favorite characters and plenty of processing power. Nintendo is growing the ranks of its customers with mobile, but I think the core console customer is largely unaffected. We will see when Nintendo unveils the NX next year.

SumZero: Are you still bullish on Nintendo?

Joshua Kennedy, Sonian Capital Management: Absolutely. The stock has had a big move, so it could certainly retrace in the short term. And while Nintendo controls Pokémon as intellectual property, there are significant minority interests (other shareholders) who have a claim on the cash flows the game is creating. Pokémon Go, by itself, is not going to generate a big earnings cycle for Nintendo.

But Nintendo’s all-time highs are still 4x higher from here. The company is still sitting on a huge pile of cash and investments, with zero debt. Nintendo has a new console coming in 2017, and four mobile games due by next spring. What the success of Pokémon Go shows is that video gaming is now about brands, and Nintendo is the absolute king in that regard. Pokémon Go went to #1 in every market without any advertising, without ever being featured by the app stores. It was the brand and the loyal fan base that drove this amazing launch. Pokémon is a great property, but it is not Nintendo’s trump card - not by a long shot. Mario and Zelda are the big bazookas, and we haven’t seen them yet.