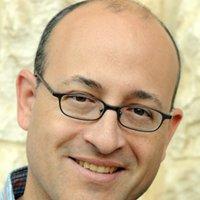 Many people think value investing and technology investing are mutually exclusive. As the most visible technology stocks sport high multiples, some investors assume that is the case for the entire sector, while value investing is linked to more mundane industries like manufacturing and financials. I have spent the past twenty two years investing in the conjunction of technology and value and can assure you that the combination exists and can be quite profitable for your portfolio.

Many people measure value in the time-tested price to earnings (P/E) ratio. However, P/E does not tell you anything about the quality of a company’s earnings or its growth rate – factors that obviously matter to you when picking a company to invest in. Instead of P/E, we primarily look at a company’s enterprise value to revenue ratio (EV/Revenue). We look at EV/Revenue as a useful measure for companies that are not operating at their target sales growth or profitability profile, and hence for whom earnings-derived valuation metrics would not be relevant. Specifically we focus on companies with high gross margins, as these businesses can potentially exercise a high degree of operating leverage and be very profitable in the future, even when earnings are low or negative at the current level of revenue.

Why would someone invest in a company that has low profitability and isn’t growing that fast? Perhaps because those attributes are about to change. Technology is an attractive sector because things can change quickly and if you are positioned correctly, you can profit from these changes. Companies release new products that allow them to gain market share in their segments, or enter new segments entirely. New management comes in and makes fundamental business changes which change the trajectory of a company’s revenue and profitability. A company changes and enhances its sales channels leading to improved distribution and higher growth. Change entails risk as well but this can be mitigated by purchasing companies’ stocks at low valuations. We aim to purchase fundamentally good businesses at cheap valuations with the kicker being a new product launch or some other significant catalyst in the business that will get it into growth mode.

Here is an example. Pixelworks (PXLW) is a semiconductor company that trades at an EV/Revenue multiple of 1.7x projected 2018 sales. This is inexpensive both relative to its peers and on an absolute basis. If the company could achieve 20% operating margins then it would be trading at 8.5x operating income, a very cheap multiple for a growing company. The business is slightly profitable now and promises good operating leverage as the top line grows. The company’s finances are backstopped by $32 million in cash on its balances sheet, or 18% of its total market capitalization.

Pixelworks makes video processing chips which enhance the quality of display and video in projectors, and more recently, in the mobile market in tablets and smartphones. The projector market is the company’s historical market and it maintains a near-monopoly in the high end of the market. It is a stable, slow-growing market with mid-single digit growth which the company is enhancing by chipping  away at competitors in the low end of the market. The company recently signed a co-development agreement with its largest projector customer to develop its next-generation chip for this market. One could argue that Pixelworks is undervalued just for its projector business. However, there is more to the story. Over the past two years Pixelworks has designed a video processing chip for the mobile market. This chip improves the display and video experience for a tablet or mobile phone user.

This chip is aimed at fast-followers like Huawei, Xiaomi, ZTE, and Vivo who try to come to market as quickly as possible with similar features to an Apple or Samsung. Pixelworks already signed its first mobile customer, Asus, which is using its chips in both tablet and phone models. These are low volume models and haven’t significantly impacted Pixelworks’ profit and loss statement but serve as reference designs in this market.

As phone and tablet screens incorporate more pixels, video and display artifacts become more evident. Thus going forward, there will be more need for Pixelworks’ solutions. From a market size perspective, if Pixelworks can capture 5% of the billion unit smartphone market, and with chip ASPs at $1-2, this could make a huge impact on a company with $80 million in run-rate sales.

Pixelworks has a rich history in the video processing market and has accumulated [155] patents over its history. It recently bought another company called ViXS Systems which has complementary video assets and brought an additional [400] patents to the company. ViXS has a growth product of its own in a “cord cutter” stick that incorporates free over-the- air content to the so-called over-the- top (OTT) providers such as Netflix and Hulu. This is a very new product but was already growing fast at the time of the acquisition.

In additional to Pixelworks valuable assets, what really sold us on this investment was the new CEO, Todd DeBonis, who joined the company in February 2016. Todd spent eleven years as Vice President of Global Sales at Triquint Semiconductor, a much larger semiconductor company. After assessing Pixelworks’ business, Todd decided to focus on the projector and mobile businesses and get out of the company’s legacy TV business. This entailed a [30%] reduction in force and brought a money-losing entity to profitability a year later. Todd is a dynamic leader and we believe that he will maximize the company’s opportunity going forward.

The main benefit to investing in technology with a value approach is that you minimize downside risk while still participating in situations with attractive upside. In the case of Pixelworks, the company’s bargain valuation provides a margin of safety even when only considering the stable legacy projector business. Layering on the significant potential growth from the company’s entry into the Mobile market, as well as the the benefits of the recent acquisition of ViXS, there is tremendous potential upside which is not remotely being credited by the market today.