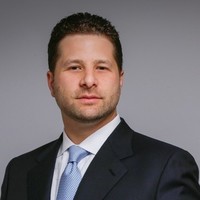 The following interview was also posted to Business Insider

Back in January, Yahoo (NASDAQ:YHOO) announced it was going to finally spin off its $30B stake in Alibaba (NYSE:BABA) into a newly-formed company named Aabaco.

Aabaco’s main goal and business would be to hold, invest, and trade in Alibaba’s shares. However, after IRS comments made at a Washington DC bar association in May, market participants became concerned that that Yahoo spin-off might not satisfy the IRS's requirements for a tax-free spin-off. To clear these concerns, Yahoo asked the IRS for a private letter ruling that the Aabaco spin-off met one or more specific requirements, but the IRS declined to rule on the request. This in itself would not otherwise be a cause for concern because one third of US spin offs in the past ten years have been conducted without an IRS private letter ruling. However, in the wake of recent pharmaceutical inversion rules promulgated by the IRS and the IRS comments from May related to spin-offs, the market took a decidedly bearish tone.

In response to the IRS review of spin-off rules and pressure from activist investors, the board of Yahoo decided to cancel the Aabaco spin-off and instead reverse spin-off of the Yahoo core business, "an operational mirror image of the original proposal". Under it, Yahoo's assets and liabilities other than the Alibaba stake would be transferred to a newly formed company, shares of which would be distributed to Yahoo shareholders.

We sat down with Mike Winston, manager of New York-based hedge fund Sutton View Capital, to discuss the timely, yet complex Yahoo situation. According to Winston, the market still applies a steep discount to Yahoo for a transaction that has now been canceled and replaced. He believes that with the proper board actions Yahoo can tax-efficiently divest itself from massive non-core holdings and achieve the valuation it deserves.

SumZero: What is the current Yahoo! situation?
Mike Winston, Sutton View Capital: Yahoo's 15% stake in Alibaba (NYSE: BABA) represents more than 98% of Yahoo's market cap and is today inhibiting the company's ability to compensate employees with options that relate to the performance of the US business. Also, the enormous Alibaba cross holding means that company cannot use its stock as merger currency in a strategic acquisition. The Yahoo share price has become a proxy for the Alibaba Share price, and IRS rules and precedent provide that a company gets tax relief if it decides to fix this kind of problem via a spin-off.

However, because the IRS politely declined to rule on the question of a tax-free spinoff of the Alibaba stock into a new entity called Aabaco, plans to spin-off Aabaco have been canceled in favor of a reverse spin-off. Yahoo will spin off its non-Alibaba assets (Cash, Yahoo Core and Yahoo Japan stock) instead of spinning off its 15% Alibaba stake into Aabaco.

SumZero: What is the market/media getting wrong?
Mike Winston, Sutton View Capital: There is a misconception that for some reason the potential tax on Aabaco would also apply in the reverse spin, however tax experts Bob Willens and activist Jeff Smith (as well as Yahoo itself) agree that this is not the case.

With these observations in hand let's step back and voice the market's anxiety: the IRS plan is now to wait in weeds for years so that they may later spend millions in a complex (and risky) multi-year tax litigation? The IRS will do this even after Yahoo staged an incredibly public and expensive retreat?

In the case of the Aabaco spin-off, the IRS (after years of uphill litigation) could try to apply say a 40% tax rate to a $30B figure (the value of Yahoo’s BABA stock), or $12B of taxes. In the reverse spin-off (after years of uphill litigation) the IRS might look to tax 40% of a $10B figure, or $4B cash tax total. However, the true taxable figure in a spin-off of the core is likely far lower than $10B because Yahoo Japan can be separated tax free. That would mean that only the true Yahoo core operating business would be taxed (again after years of litigation), so the 40% tax rate would then theoretically apply to an asset worth $4.2B; a tax of about $2.00/share. Nonetheless, the market still prices Yahoo assuming a full tax burden related to the Aabaco spin-off and goes a step farther by applying the same full tax burden on the Yahoo Japan stock.

The only conclusion I can draw is that it reflects a lack of confidence in the Yahoo board and CEO Marissa Mayer.

SumZero: What is your strategy in terms of capitalizing on the opportunity?
Mike Winston, Sutton View Capital: Go long one share Yahoo and short about .4 shares of kkAlibaba. This position reflects Yahoo net of its Alibaba stake, otherwise known as the Yahoo Stub.

The value of the Stub fell to as low as negative $0.19 on December 17th before rebounding to $0.70 as of the close December 30th. The sum of its parts was worth $18.90 as of that same day: Yahoo's cash balance was worth $5.78/share, its Yahoo Japan public stock holding was worth $8.54/share and the core Yahoo business was worth $4.58/share (assuming a 5x multiple of $840mm of EBITDA). So the Stub is priced at about 12% of the value of its cash. Put differently, the Alibaba stock and the Yahoo Japan stock are both being discounted by 38%, which implies a $16/share penalty instead of a more reasonable $6.00/share figure – consistent with a 15% discount applied to the company’s Asian cross holdings. That is to say, market participants have continued to apply $10 ($16-$6) of discount for taxes related to a transaction that no longer exists.

SumZero: What are your expectations in terms of timing?
Mike Winston, Sutton View Capital: I think a strategic acquirer could step in to take advantage of the discount and negative sentiment at any time. While a spin is planned, Verizon's recent positive comments around a prospective M&A of Yahoo core suggest that the company could be acquired even before a core spin-off were to take place.

That being said, I expect an update on the timing and taxable treatment of the spin to come during the 1Q16 Yahoo call at the end of January. While Yahoo and the Yahoo stub have been losing trades in 2015, in 2016 managers may look to put fresh capital to work now that activists are on the warpath.

At the June shareholders meeting either we expect the spin-off(s) to be voted on, or we expect some or all of the board of directors to be removed. With new board members in place we would then expect the board to hire bankers and sell the Yahoo core. Alternatively, we’ll be happy to see the core and Yahoo Japan spun-off and the board remain in place. The notion that management needs a year to complete the reverse spin-off is a filibuster designed to allow them to continue to pursue a losing turnaround strategy.

SumZero: What are the biggest risks associated with the trade?
Mike Winston, Sutton View Capital: The biggest risk is that Yahoo languishes for another year and loses more key staff as the board continues to suborn a failed operating strategy. However, as I mentioned earlier I would foresee the board being replaced in June (or a majority of it) and activists hiring bankers to sell the company.

SumZero: What management decisions should be made if the board is re-elected?
Mike Winston, Sutton View Capital: Yahoo should hire bankers immediately to shop the Yahoo core. Also, they should approach Alibaba about a sale of the residual company (containing Alibaba shares) at a 5-10% discount.

Alibaba is never going to find the stock inside Yahoo trading at a deeper approximate discount than it trades today, and should strike while the iron is hot. The worst case from Alibaba's perspective is that the turnaround actually takes hold when Yahoo’s search deal with Google kicks in during 2016 and the current discount, and hence their bargain price disappears.

While Jack Ma (founder of Alibaba) maintains effective control of the board, he doesn't want the Wal-Marts and Amazons of the world to be able to take a 15% stake in his company without so much as placing a phone call to Alibaba headquarters in Hangzhou, China. That's a real possibility if Aabaco remains outstanding. So, don't be fooled, Alibaba has big plans for Aabaco, they'd like us to believe they only care to buy it at a discount, but its very existence troubles them deeply.

SumZero: Does Marissa Mayer have a future at Yahoo?
Mike Winston, Sutton View Capital: If 4Q15 top line revenue beats estimates when earnings are reported in 1Q16, then I think her position will have greater durability. However, another missed quarter (particularly in the display advertising sub segment) would make her unlikely to survive what appears to be an imminent change in the board composition. After five CEOs in five years, one wonders whether the company can ever get back to profitable growth. In that light, at the very least, we need a CEO who can swiftly execute the spin-offs of the core and of Yahoo Japan. I much prefer to see the business expand internally, but in the absence of that prospect, it’s the capital allocation skill that is most crucial.

SumZero is an online community of professional investors. For those who do not work on the buyside, you can get limited access to SumZero investment ideas, interviews, and more, when you join SumZero Basic here.

Investment professionals working at funds can use their credentials to become full Buyside members. Join SumZero Buyside, a research platform containing thousands of research pieces from other professional investors around the world, via the link below.