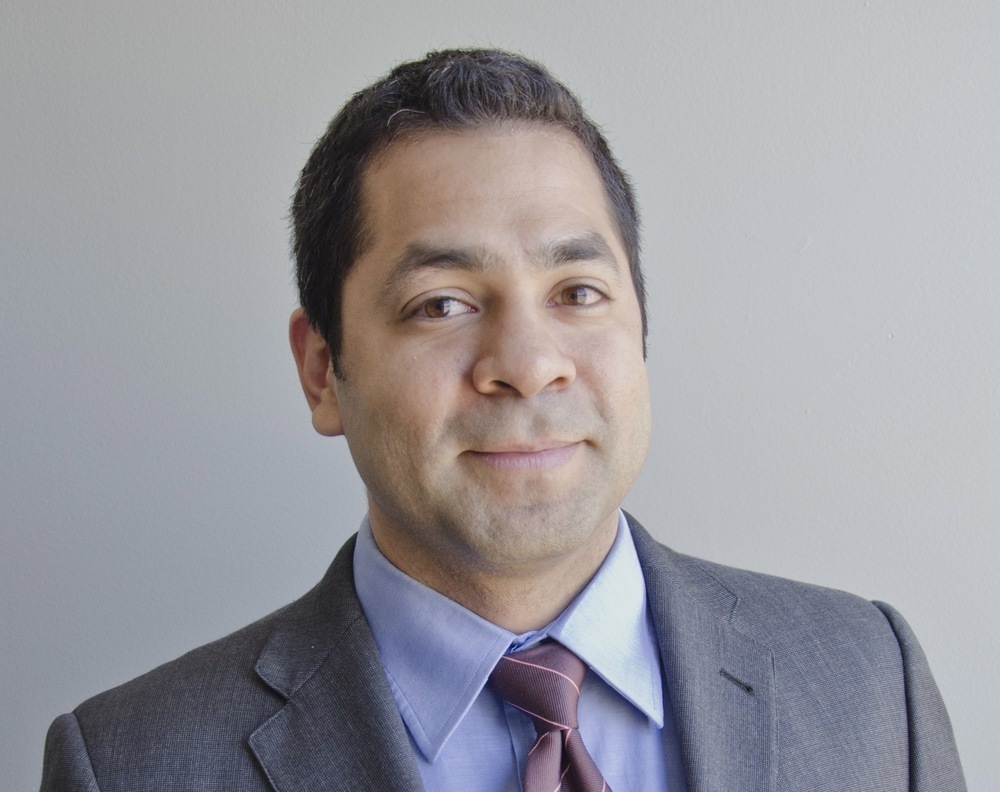 Michael Zapata is no stranger to managing risk. Through his time in the Navy, Michael served as a Navy SEAL officer and deployed multiple times during the Global War on Terrorism. Following his last command at the Naval Special Warfare Development Group, Michael transitioned out of the military to attend Columbia Business School and found Sententia Capital Management. We sat down with Mr. Zapata to talk about his latest idea on Navigator Holdings (NYSE: NVGS), which he recently published on SumZero where his ideas have historically outperformed the market by over 20%. NVGS is a dominant player in handysize shipping, a smaller class of bulk freighters which can ship a wider variety of goods and access more ports than traditional large ships. Zapata believes Navigator's share price has been wrongly tied to falling oil and natural gas prices, despite shipping neither of the two commodities.

Michael Zapata: Navigator Holdings is a fifty-cent dollar. They are a liquefied petroleum gas (LPG) shipper with a dominant market share in the handysize shipping segment, a very versatile segment in the shipping space. I think fear in the markets is a good thing as it sometimes leads to opportunities. This was the case with Navigator, especially as I entered the summer of 2016. Broadly, the shipping space has been in trouble due to oversupply of ships and lower commodity prices. Specifically, with Navigator though, they don’t ship oil or natural gas (LNG), which are tied directly to commodity prices. They ship LPG, which is a byproduct of those commodities. This was a case of the baby being thrown out with the bathwater as Navigator has traded down in conjunction with commodity prices over the years, even though all their operating fundamentals, earnings, and book value increased tremendously. More recently, as their LPG segment became pressured, the individual stock started to be pressured again. This pushed prices closer to $8. As we look back to the versatility of their ships though, they have been able to sidestep this exposure by shifting their cargo to petrochemicals, thereby maintaining their earning power in the face of a pressured space. They have smart management, aligned shareholders and a niche market that they dominate in. I really like Navigator in the coming years as the market will also appreciated their cash flow as they shift from grow to cash flow generation.

SumZero: What (and why) is the market understating NVGS’ true value?

Michael Zapata: This again goes back to throwing out the baby with the bath water. Navigator was unfairly linked to 1) the broad commodity price decline and 2) the pressure and negativity in the shipping space. This pushed prices down to about 50% of book value, a very protected position. Further, the $8 market price was the same price that Wilbur Ross invested privately in Navigator more than six years ago, when the company was a fraction of today’s size.

SumZero: The shipping industry works in cycles. Where are we in that cycle and what does it mean for NVGS?

Michael Zapata: It’s impossible to be accurate on where we are in the shipping cycle, but I think directionally the cycle may be near a bottom as ship builder bankruptcies picked up in 2016, potentially hitting an inflection point when the South Korean giant, Hanjin, filed for bankruptcy in September 2016. The oversupply of ships may take years to balance out. However, as soon as that cycle picks up you will see an increase in ship orders, but that also takes years to complete, which again throws off the cycle near the peaks. For Navigator, their ships are very versatile as they can carry many more by-products than other ships. This versatility allows them to maintain higher utilization and rates in a pressured space. You can see this specifically in the third and fourth quarter earning for 2016.

SumZero:   The inconsistencies of the oil market make the shipping business inherently risky and you believe Navigator is underpriced partially for this reason. Do you believe there is a chance that oil prices continue to decline and NVGS continues to be sold off? Is there a way to hedge out the oil risk in this trade?

SumZero:   Navigator filed for bankruptcy in 2003. What steps has the company taken to avoid a similar fate in the future?

Michael Zapata: Navigator filed for Chapter 11 in 2003. They were essentially over levered with five semi-refrigerated gas carriers. Leverage is good in an up market, but too much can be very damaging in a down market, which Navigator found itself in. NVGS’s recovery from bankruptcy was led by Mr. David Butters of Lehman Brothers, who has now been their CEO since 2008. I like that Mr. Butters is finance-focused as opposed to coming from the shipping industry as he has been much more prudent with their strategic growth, their operations and most importantly, their balance sheet. As of this year they will operate 38 vessels with a much stronger management team overseeing their operations. And instead of empire building, which shipping managers are generally prone to, they are holding steady on their fleet unless they have confirmed long-term contracts to build out more.

SumZero: Wilbur Ross’ WLR Group owns a 39.5% stake in the company. Is there any evidence the firm plans on making its voice heard in the boardroom?

Michael Zapata: Wendy Teramoto, from WL Ross & Co., has been on NVGS's board since 2014. You can see through filing that Mr. Ross himself has been involved back to 2011, pre-IPO, as he negotiated private transaction that helped fund Navigator’s growth. Also, you can see through public news that Mr. Ross and Mr. Butters share a good relationship. As far as his direct influence though, Mr. Ross is separating himself from Investco and WL Ross & Co. as he was recently sworn in as Secretary of Commerce. His shares will be placed in a blind trust and we’d expect them to be locked up for at least two years in the trust.

SumZero:  With industry giant AP-Moller-Maersk entering the same space as Navigator, do you worry NVGS’s market share will be challenged?

Michael Zapata: Following my report, I later confirmed that AP-Moller is not actually building into this space, so I'm less concerned. With that said, there are still ships being built into the handysize space, however Navigator is protected through their current contracts and partnerships that they have built upon over the years. There is less concern with oversupply as I can see out a few years into what we can expect to come into the market.

Michael Zapata: There are many variables that can impact the shipping space, but I don’t see any definitive plans that would have a negative impact on this segment. In fact, I believe a high case can be made as pipelines, export terminals, and increased byproducts get produced and sold into the market. I  believe these factors will be favorable for Navigator and could send shares above $30 as ethylene terminals become announced along with long-term contracts.

SumZero:  America’s dependence on foreign oil continues to decrease; how will this effect NVGS?

Michael Zapata: Any lack of dependence on the foreign oil assumes increased domestic production. An increase in production would lead to an increase in byproducts, so I think it would have a favorable impact on the space by increasing the probabilities of further export opportunities.

SumZero:  Has your experience as a Navy SEAL effected the way you invest? Do any of the principles transfer over?

Michael Zapata: The nearly ten years I spent in the Navy certainly influence the way I approach investing. Many people think special operation’s missions are high risk and dangerous. This can be true, but we didn’t see it that way as we stacked many things in our favor. So in the darkest night, when people think it’s dangerous to go out and conduct operations, we saw it as an advantage. This is very similar to value investing, as we are attracted to the darkest nights, when stocks are unfavored and underfollowed, ideally with some fear mixed in the stock price to further increase a margin of safety. We then aim to stack the odds through fundamental analysis, behavioral analysis and risk mitigation. Philosophically though, I think the biggest benefit is the mental aspect, or the development of mettle. It’s uncomfortable and counter intuitive to be attracted to perceived danger, whether in combat or the markets. This is where mettle and value investing mix best though. Some of the best investors I know have it, and it is something that I look to prove in this environment.

From a skill set side, many of the same skills I used in the military are directly applicable to the investment management business. The main lessons from my time in service was the tactical understanding of risk mitigation and execution, the strategic application of intelligence fusion and networking, and the nuanced assessment of behavioral analysis and incentives.

Last, the three things I valued while I was in the (SEAL) Teams was autonomy, responsibility and accountability. These traits can be found in the fabric of Sententia as the success depends on our decisions, both to our investment, the firm, and those we support. I bear the responsibility of growing our partners’ investments and I am accountable to them and the future of the firm, as well as the families of fallen SEALs.

SumZero:  Where else do you see value in the market today?

Michael Zapata: Given the high market multiples and increased uncertainty, both domestically and geo-politically, I  am finding attractive risk-reward exposure in more arbitrage positions. The recently announced Cabela’s sale is a good example of a high probability deal, specifically with the announced adjustments with Synovus and Capital One. It recently retreated back to pre-sale announcement prices closer to the mid-$40’s range, which I thought was an attractive entry point. There is still a gap between the current price of $57 and the reduced buyout of $61.50. Last, I also like Herc. It’s a rental equipment company that was recently spun out of Hertz. It has appreciated a bit since its spin off, from closer to $30 to $45 now, but it is still undervalued versus competitors. I like that when you also consider an increase probability of favorable infrastructure spending and strong housing market environment. I look at real value closer to $60.