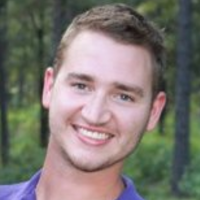 Disclosure: The analyst’s fund may have a position in this security at the time of
posting and may trade in and out of this position without informing the SumZero community.

Disclaimer: The opinions expressed reflect those of the contributor and author’s firm and not SumZero, Inc.

Taylor Mann is not your typical fund manager. The twenty-six year old Texas A&M graduate manages Pine Capital in Larue, Texas (population 160), where he resides with his three-year old daughter. Also atypical compared with many of the largest funds out there, Mr. Mann makes good trades, previously making a killing shorting the student loan industry.

Just two weeks ago Mann posted an exhaustive report to SumZero on shorting Eurozone financials (short EUFN:US). Following the approval of Brexit, we got Mr. Mann's thoughts on the situation and why his short trade is up 15% today.

SumZero: What do you think of the UK's move to leave as related to financial markets?

Taylor Mann, Pine Capital: I think the event last night illustrates the fragility and inherent biases that are currently embedded in financial markets. The only thing that was ever insane was the markets' refusal to believe that "Brexit" was an actual possibility; market participants didn't believe it because they didn't want to believe it. About 7 months ago I wrote a quote on a sticky note and placed it on my computer screen that says, "It is an iron rule of history that what looks inevitable in hindsight was far from obvious at the time." These are the times where the impossible becomes the inevitable. It's about time that investors, and politicians, start waking up to that fact.

From an economic perspective, the only thing more unprecedented than this vote is the market's over-reaction to it. Barclays was down over 30% this morning; their vaults could be filled with Iraqi Dinar and that move would still not be justified. This move has to do with two things, and two things only: systemic risk in the financial sector, and of course, populism. Volatility is going through the roof because the models are irrelevant. We price things on the past. It's like driving while looking in the review mirror.

SumZero: Will the UK actually leave the EU?

Taylor Mann, Pine Capital: I believe they will. The mere fact that people question this after the referendum proves why the referendum passed in the first place; the voice of the average person has been lost for decades. That voice has finally made a reappearance, and it's louder than ever.

SumZero: Why have markets shown negative movements so quickly?

Taylor Mann, Pine Capital: This is a great question and one central to my thesis: the fear of the unknown is the most powerful force in financial markets, and that's exactly what we experienced last last night. Without getting too technical, the negativity is mostly due to contagion effects and from what I call in my thesis, doom loops.

A doom loop is a feedback loop that has been around since the Crisis: after the banks were bailed-out, they started buying sovereign bonds of their home country because the country - in terms of regulatory capital ratios - views these assets as "risk-less" (which is what any rational person would refer to as absolute insanity). When an event such as Brexit occurs, people sell risky assets like these bonds and flock to higher quality assets such as gold, German Bunds, and believe it or not, the all mighty U.S. Dollar. This exacerbates a bad situation - the sovereign has higher funding costs because of fears from the banks solvency, which calls into question the sovereigns' solvency since they have to bail them out, which drives the funding costs of the bank even higher because they hold so much of the sovereigns debt. In other words, think of two sinking ships out in the middle of the ocean (one representing the government, the other representing the banks) and the crew members are taking the excess water on their boat and dumping it into the other - sooner or later, they're both going to sink. It's time to get off the boats. It's time to start considering ourselves individuals because the other is obviously not working.

So, why have markets shown negative movments so quickly? It's because the ripple effects happen instantaneously. As we saw with Lehman, banks can become insolvent overnight. Markets stop trusting counter-parties, banks cannot access liquidity. This is an extremely complicated issues - which in my mind proves why it doesn't work. These shocks are occurring because everything is too interconnected; until the financial alchemist put down their magic wands, expect this to continue happening.

SumZero: How does this fit with your larger thesis of being short Eurozone financials?

Taylor Mann, Pine Capital: Last year I spent hundreds if not thousands of hours trying to understand how student loans were constructed in securtizations and how those securitizations would be affected in a recession. It was really complicated; relative to the European banking system however, it's a joke. The ECB is without question the most complicated institution on the planet. I typically avoid making market prognosis and putting my name on the line with a call, but I think I'm ready to make one: the European insurance/pension funds will have to bailed out by 2020. There are very few facts in this business, and this is one of them: until the European financial system is allowed to clean up their balance sheet they will continue to drown in their own debt. In years to come, when economic textbooks are rewritten because all the theoretical models are wrong, the writers will most likely dedicate a chapter to the insane paradoxical situation that we're in: let's fix our debt problem with more debt. that's like eating more to lose weight.

The larger thesis is simple: financial institutions make money by borrowing short (via deposits) and lending long (loans). With negative rates, institutions are losing both sides of the business. Why?

1) The ECB basically taxes their reserves, and
2) Everyone is afraid to take out loans due to the economy that caused rates to be negative in the first place.

Rates are now so negative that it's actually cheaper for banks to stash their cash in a vault and pay the appropriate insurance and logistic fees, it's actually about half the price compared to putting the reserves with the ECB (20bps v. 40bps, respectively). In the 1970s, Milton Friedman said, "Economic myths are like air mattresses, nothing in it but wonderfully comfortable; and deflation, causes an uncomfortable jolt." As with inflation in the 1970s, and with Brexit today, it doesn't quite matter what the central bankers or politicians think. It matters what the people think.

SumZero: Do you remain bearish? Is the worst yet to come?

Taylor Mann, Pine Capital: To quote FDR, "The only thing we have to fear is fear itself." This encapsulates the biggest risk in global markets: financial hypochondria. Since the Recession, we've all been incredibly hesitant to trust the economy again and, in most cases, for very good reason. I do remain bearish and I do believe the worst is yet to come, but only because the citizenry believes this. It's a self-fulfilling prophecy; it doesn't have to be this way. There are countless markets out there to be incredibly excited about but people aren't interested in those stories, and that's why this thesis is so incredibly important.

In regards to European banks, it doesn't quite matter what they decide to do today, tomorrow, or even a year from now. The banks/governments are coming to a T in the road. They can either (a) come together and fix the system (take some short-term pain for some long-term gain); or (b) do nothing and let the system implode on itself.