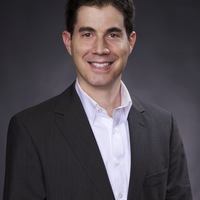 Disclaimer: The opinions expressed reflect those of the contributor and not SumZero, Inc.
Disclosure: The analyst’s fund had a position in this security at the time of posting and may trade in and out of this position without informing the SumZero community.

Mattel Inc. (MAT) is one of the leading toy manufactures in the world. The company has fallen on hard times as sales of flagship brands such as Barbie and Fisher-Price have been declining. This is in addition to losing the rights next year to produce movie-themed toys for Disney films Princess and Frozen. As a result of the lackluster results, the former CEO “resigned” and a long time Board member assumed the role of Chairman and CEO. The company also promoted from within for the role of President and COO. Overall, the management changes have created a new voice but kept company experience in place. A comprehensive strategic plan was presented by the CEO which includes both revenue and cost initiatives and an overall reset of the company culture back to its more innovative days. The market has stated its case against the company and we believe that this creates an opportunity.

Mattel is a true “show me” story. We believe that the quality of the brands override the concerns about the company being left behind by shifting consumer habits in toys. Management despite being brought from within to the chagrin of many has set out a comprehensive strategic plan for the brands which we think has achievable goals. A big part of the plan is repositioning the brands and partnering with some of the modern day technology and media leaders to win back mindshare with consumers. Historically the company had prided itself on being innovative in toys and in this respect it has lost its way. The new management team has prioritized innovation again as part of an effort to wake up its dormant culture. Executives in retail suggest that the brand is not dead and buried but rather in need of a makeover, and we believe that is just what will be happening.

There is room to grow in emerging markets which presents some untapped potential for the company. Current the Asia-Pacific region represents less than 10% of revenue, and we believe this can be much higher. The company was quite successful in Latin America and will focus on improving in other emerging markets such as China in order to grow in Asia. For many companies, China has already been tapped but not so for Mattel. With the rise of the consumer in China, the opportunity exists to grow the Asia-Pacific segment beyond the sales achieved in Latin America.

In addition to the opportunities available to the company, there is a cost cutting plan in place to right size the company. There is particular room in other selling and admin expenses to cut costs as the cost structure did not adjust with the decline in sales. The company is taking specific steps to rationalize and this should be some easy pickings for the company. We expect less cost rationalization in advertising and promotion as the company looks to reinvigorate its brands partially through more effective advertising and promotion.

Investors and analysts seem to be in wait and see mode as there are mostly hold and sell ratings on the stock and the stock price is at the same level it was back in 2011 despite the market being near all-time highs. Estimates from analysts not only expect revenue to decline in 2015 but in 2016 as well pointing to great skepticism regarding management’s plan to reinvigorate the company. The prevailing estimates have declined by approximately 40% since last year underscoring the skepticism that exists. This undue skepticism in our opinion creates a buying opportunity as there is ample room for earnings estimates to move upward. We forecast that earnings can be more than 20% above current estimates in 2016. There is downside risk in earnings as well but much less than the more than 20% upside we envision in our base case scenario.

The company is also not being viewed as favorably as its chief rival Hasbro and we believe that if the company successfully reaches its goals that the valuation gap between the two companies will narrow leaving some room for price gain on a change in valuation multiple alone. This on top of the higher earnings that we anticipate.

Our target price for the stock is $33 which represents 11.0x 2016 estimated EBITDA which compares with a peak of 13.0x and a current level over 10.0x. We think it is necessary to focus on 2016 as that is when the first meaningful impact from the turnaround plan will likely be felt. This multiple represents a lower current multiple than Hasbro and is slightly above historical average which is reasonable as the market will look favorably upon the name if the company shows improved results. The downside case shows a fairly attractive risk-reward scenario where if the turnaround plan is not successful we estimate that the stock will trade down to $20 from its current level around $25. If the company is able to outperform our expectations, the upside case presents a stock price at $40 or more depending on the level of outperformance.

The company’s plan to reinvigorate the brands is the major catalyst to the story. The likely impact of the turnaround plan is not to be felt quickly with possibly some modest impact on the 3Q and 4Q selling season. We believe though that 2016 and beyond is likely to be when one can expect to see a meaningful impact on results. The first step in this process will be to slow down the decline if not completely turnaround the trajectory of sales in major product categories such as Barbie and Fisher-Price. Working in the company’s favor is the comps for the next two quarters are quite favorable.

Part of the turnaround plan has been refreshing the product line. In February, the company announced collaboration with Google on its View-Master toy. In April, the company announced a partnership with Autodesk to start developing toys that can be made via 3D printers. We expect further announcements on this front and this is a key to the company bringing its product line into the 21st century in order to appeal to today’s children.

In addition to working with technology companies, there is an opportunity to develop partnerships with media companies. Mattel is currently working with YouTube and Netflix to develop content based around the company’s brands and characters. The company also works with movie studios to develop toys in conjunction with hit movies. The announcement of further collaboration with media companies would help boost revenue for the company and can have a significant short-term impact if a particular movie is a big hit.

Lastly, showing strength in the balance sheet could benefit the company. There is a debt maturity scheduled for 2016 of $300 million and making this payment without refinancing can be a sign of strengthening of the company’s financial position. The likelihood of the payment being made without refinancing would increase if the company begins to show some positive financial impact from its turnaround plan.

All of the new senior management was replaced with internal options leading to a situation where the same old ideas might be recycled. If the company is not able to reinvigorate its brands and remake its product line, it is likely that sales would continue to decline. There is a changing landscape for toys and the company needs to be proactive about meeting the demographic and generational shifts underway, otherwise their products will become obsolete.

The company is currently dealing with excess inventory as a result of weaker than expected sales in key product lines. This is likely to hold the company back for a few quarters until inventory is cleared out. There could be some margin impact in the near-term as promotion is used to sell existing product in inventory.

Over the past few years, the debt level for Mattel has risen as the company absorbed a few acquisitions. The company remains in compliance with debt covenants but this could change should financial results continue to deteriorate. Mattel is fairly well clear of its interest coverage covenant of 3.5x but does not have as much breathing room with respect to its debt to EBITDA ratio of 3.0x.

Continued broad-based strength in the U.S. dollar could provide a headwind for the company’s financial results. About 40% of the company’s revenue is generated outside the U.S. with nearly 30% coming from Europe. Our estimates do not account for any overall change in the level of the U.S. dollar so any further strengthening could result in lower than expected results.